Have you ever wanted to ride an ostrich? Well that’s what happened at a recent Safari party we attended. Although, I have to admit, they weren’t real osriches, just people on stilts in very realistic outfits. The party was for a corporate fun day and really was spectacular, it even had it’s own petting zoo. Myself and princess Devon were dressed in our safari gear taking charge of all the games. We got to test out our new rain drop catapult. This involves three people, or in our case 2 ostriches and a princess. The catapult fires water balloons into the air that the children have to catch – without dropping it. If they do they get a turn to fire the catapult. Princess Devon also sung some beautiful songs on her guitar, while I played princess party games with all the children. We even did an arts and craft stall with crown making and mask painting. We’ll be rolling out Safari parties soon, so keep an eye out for them. They’ll involve lots of animal themed games, the catapult and even arts and craft. Let us know what you think of the pictures 🙂 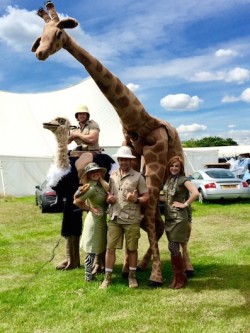 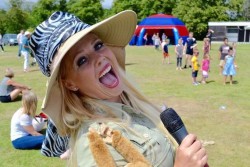 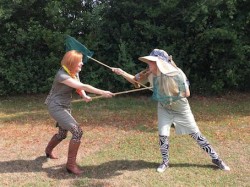 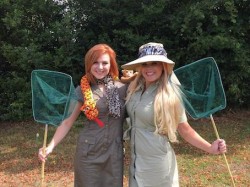 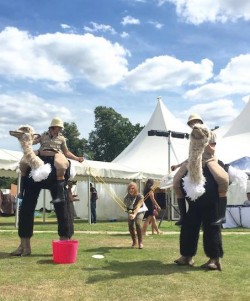 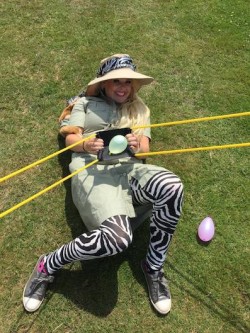 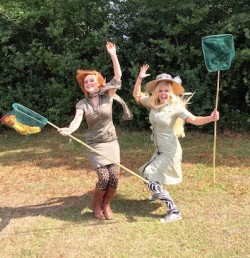 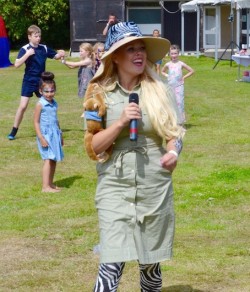 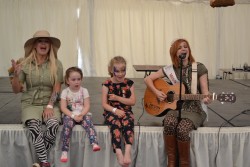 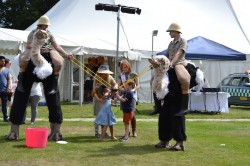 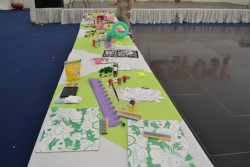 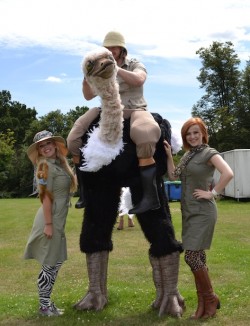